Our oldest’s birthday has always marked the shift in seasons.

The rain comes, as it did yesterday, and then suddenly autumn whispers.

The breeze at the pond is too much for adults to swim, and the boys fall asleep earlier than they have all summer.

My husband and I finish a movie before 10, and after we turn off the tv, we notice light falling across our just finished floors.

Out the kitchen window, we spy the moon, perched between the evergreens–our trees–out our window.

We closed on the house today… and it seems to us that the moon is offering her approval.

Casey steps out on the porch–something he’s always dreamed of–and I join him there to say goodnight to the stars in the silent sky.

Just then, music comes screaming across the pond…

(We built our home on the same dirt road as a summer camp.)

I want to resent this intrusion, this robbery of perfection, but I always liked that song, sang it all the way down to Key West when I was 12.

There’s something funny about disco music playing across from our home in the woods. Serenity and dancing. The sublime and the mundane. It fits our family. Reminding us that miracles abound.

While snuggling in bed beside my husband, I spring up with a realization.

“I think this is our 7th Christmas.”

“You know how significant this is,” I say.

7 years ago this December, Casey and I lived apart for the first time in 20 years. That November the boys and I moved to my sister’s in Florida so that he could devote every waking (and barely-waking) hour to finishing this house in time for Christmas (since he already missed Labor Day, Halloween and Thanksgiving.)

At midnight on December 22, he picked us up at the airport and we moved into our home–the first home that we have ever owned.

“This will be the house that I’ve lived in the longest,” I say, as I roll over to turn off the lamp at my bedside.

“And it’s the house ‘I’ built,” he says again, rolling to turn off his own lap.

We almost didn’t make it to 7 years. Back in 2008 when Casey was unemployed, he looked at some international teaching jobs–a prospect which was thrilling to me–but meant that I’d  have to start over from scratch on the 7 year thing.

“I haven’t made it yet,” I say, settling back down into Casey’s arms. “It’s not Christmas yet, and I could die or the house could burn down or something.”

“Don’t say that kind of stuff,” Casey says, pushing me away.

The truth is that this is such an important milestone to me that I’m anxious about it. I felt this same fearful uncertainty before I left for England in my junior year, and then again before our first baby was born.

Sometimes the things we really want seem that impossible, especially when they’re so close to coming true.

I remember when Casey reached the 7 year mark with me. It was an important finish line for him–it meant he surpassed my first love. Though he’s now more than tripled that number, he still reminds me of his longevity–“Almost 4 times as long,” he says.

I don’t know what number home this is for me. I’d rather not count. As an Army brat who was born while her dad was still in college, I’ve had my share of moves and homes and schools

My own boys were born and raised in this same small town, attended the same small school, and grew up with the same kids that they played with at preschool. I was 14 when my parents finally settled down in one place.

That home had been the one that belonged to my grandparents, my beloved “6012.” But our time there was short. My parents divorced, and not only did we lose our family, but our home.

After that, I went to Europe three times, lived out West, moved back home, and then took off for these Green Mountains.

Our first place in Vermont was a tiny farm-house nestled beside a “babbling” brook, and seated at the foot of a mountain beside the National Forest. Both my boys were conceived there, and for seven years, it was our “home sweet home.”

When we left that rental, it was heartbreaking, but the time had come for us to set out on our own, and a few moves later, we were here–in the house that Casey built–with the help of his boys and all of our friends.

7 years ago this Christmas.

(Did I count right?)

In the wee hours,

a gale rocks in from the East,

and there I lie

in a sea of mountain snow

“I walked your land the other day,” friends say, like taking the liberty of touching your belly.

It’s too late (and equally awkward) to respond, “No, don’t.” 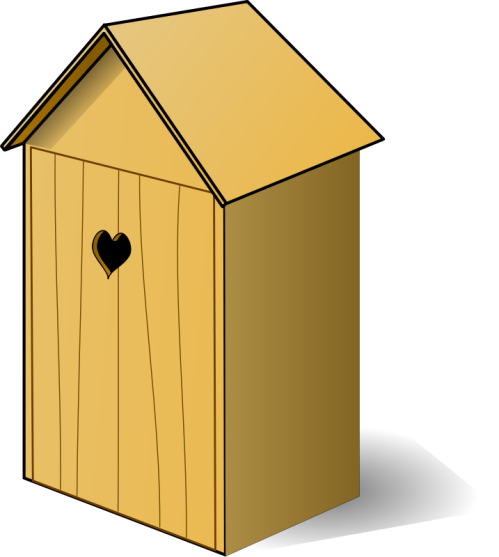 In he final moments before ceasing construction, I dropped it.  Down the toilet.

It was December 21, and I had thirty minutes to make this house “livable”–as promised–before my wife and children arrived “home.”

5 weeks earlier they left Vermont to live with my wife’s sister in Florida “until I finished the house.”  That separation took place the week before Thanksgiving– and now it was just days before Christmas. (None of us had ever spent more than a weekend apart.)

Unfortunately what had been dropped down the toilet were its “anchor screws” which meant that there would be no usable bathroom in this house where we were supposed to begin living–tonight.

In the past five weeks, I divided my days between teaching highschool history and building a home.  I laid the floors, hung the sheetrock, spackled and painted; installed kitchen cabinets, countertops, appliances, sinks, a woodstove and a chimney–all with the help of great friends.   I lived on hotdogs, and slept on my ex-brother in law’s couch.

I gave up our rental when my family left town. Friends and family suspected a marital “separation,” especially given the adage:  Build a house, loose a spouse.

It’s true that I hadn’t been around much once this project began the previous year.  I had originally “promised” to have us in the house before the end of summer, but as a novice builder, I extended that deadline again–and again–until my wife couldn’t take it anymore and we decided that it would be best for her to leave town so that I could devote every extra minute to getting us in– before Christmas.

It was my ex-brother in law Tim who helped me in the last panicked moments of “finishing” when I lost the screw (and what was left of my sanity) down the toilet.

The nearest hardware store of any kind was twenty minutes away and it was already 8:30 pm.   We prayed that Home Depot might still be open and that it had what we needed. It did, but by the time I found this out, there was no way I could get there before they closed.

As I spoke with the guy in plumbing, I thought I recognized the Irish accent of my son’s former soccer coach.  “Is this Patrick?” I asked.

It was, and he not only agreed to leave the screw outside, he waited there in the parking lot to hand it to me, and then refused to let me pay.  I could have burst into tears right then.

By 9:20 pm I was back at the house, “seating” my very first toilet, just in time to leave for the airport to retrieve my wife and children.

At midnight, they turned the corner of the terminal–and all the months of madness melted away.

Two days before Christmas, I brought my family “home” to a trim-less, door-less house–that was all ours.

to read Kelly’s version of the same night, click here